Party with the latest crop of Flashband groups at Songbyrd on 11/11 day! Get tickets here and RSVP on Facebook here. Enjoy a unique live band party vibe of 7 one-month-old bands' debut and farewell shows as they rock 15-minute sets around the theme of Numbers! (think Two Princes, 21 Guns, 311, 2Pac, 99 Red Balloons, etc). A few extra things making this 11/11 event special:

PS -- thought of a good Numbers-related song? Add it to our collaborative "Numbers" playlist on Spotify! Here are a few to add (or subtract):

Start a one-time band among the ~45 participants at 7DrumCity during 4 hours of jam sessions. We'll all meet in the lobby at 4pm, then split into 4 different jam rooms, rotate rooms a few times, then reconvene in the lobby and form bands. Then your new band will learn and rehearse your set over the next few weeks, and alongside the other bands, perform on November 11th at Songbyrd! Each band must put together a 15 minute set.

Here's why 1700 people in the DC area love Flashband:

Name Not a Number

We got our start as a band through Flashband! We'll be rockin' a mix of our originals and some covers, including 7 Nation Army and Song 2. Most of us are savvy Flashband vets so feel free to reach out with any questions. Check us out at: https://www.facebook.com/HigherNumbers

It's pronounced "The Wonders" - One Week, Oneders Owesome Original, 10th Avenue Freeze Out, Once in a Lifetime

Tom Bolgiano
Oct 18, 2017 12:21 AM
Kees, I threw a band together with Alex and Chris, we jammed a bit during free rotation. Chris is bass, and I can cover drums.

Scott Hollingsworth
Oct 15, 2017 6:44 PM
I'm going to miss the jam but I'm really looking forward to joining a group. I make a loud and soulful noise with a guitar.Keep me in mind

Brian Kaplan
Oct 15, 2017 3:07 PM
I can't make it today to do the Meet & Greet but would love to join a band. I play guitar and have played a few gigs quite recently. Message

Alan Warburton
Oct 6, 2017 3:41 PM
really not looking forward to all the guitarists playing Metallica, One, or U2 One, for that matter. 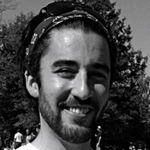 Miles Ryan is leading this event. Have questions?
Contact Miles