You've been itching to yowl to PUSA's song Kitty at one of the Flashband shows, but can't seem to find the right moment.  When DMX asks “Where my dogs at?!?”, your only wish is to scream back “Right Here, X!”  We hear you loud and clear.  The Flashband Animal Benefit Show invites musicians to channel their inner wild side to support Animal Rescue.

This concert will showcase animal-influenced musical themes while raising awareness for animal rescue efforts in the DC Metropolitan Area. Donation collection and adoption information from Homeward Trails Animals Rescue. Each temporary band will do a fifteen minute set with at least one new original song and at least one animal-themed song. Read about how the Flashband showcases works.

All bands will do one fifteen minute set, with at least one new original song and at least one song fitting into the 'Animal' theme.

This show will be held at IOTA Club and Cafe, in Arlington Virginia. Come early to grab some food and get a good spot!

Need ideas for animal-themed songs? Start with these and rock out with your cocker spaniel out.

The Beatles – I Am The Walrus

Thanks to everyone that came out to the show! You can find all the photos of the event on our Facebook page.

We got audio recordings of most of the show as well, here's the bands:

Band 1 - last song only (Heavy Petters and the Heartbreakers)

Not to be out barked .. the songs we are planning: - Black Dog - Led Zeppelin - Walkin' the Dog - Aerosmith Version (covered by everyone .. why not us) - Slow Cheetah - Red Hot Chili Peppers - You Know I'm No Good - Amy Winehouse Then our Original ...

Playing Pig, Kitty and the Bad Touch, with ManBearPig as our mascot.

Chris Wesley
Feb 27, 2015 2:56 AM
anybody need cheap practice space in Sterling with drums, keys, pa, and amps ready for you to plug in, email ME.

Todd Daniels
Feb 15, 2015 3:42 PM
And Your Bird Can Sing would be killer if the vocals and harmony riffs were tight.

Daniel Gage
Feb 12, 2015 12:35 AM
mustang sally Joy to the world (Jeremiah was a Bullfrog) Dolphins Cry Dixie Chicken Cat's in the Cradle Blackbird Bat out of Hell Beer for

Fabiola Delgado
Feb 3, 2015 10:40 PM
Anyone would like to do this? (Digital monkey, Balkan Beat Box) https://www.youtube.com/watch?v=12CxHVQwmCY 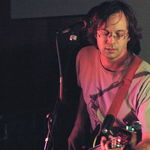 Craig Green is leading this event. Have questions?
Contact Craig