Flashband and The District Of Columbia Public Library join forces for a special Banned Books Week presentation. “Flash Banned: Freedom Of Speech Showcase” is a multi event showcase highlighting our freedom of speech, and humanity's natural disdain for censorship. Musicians will be challenged to perform songs inspired by the concept of censorship and free speech. Each band will be given a 15 minute set, and will be asked to write at least one original song in the theme of the event. 3 bands will have the opportunity to perform at the Martin Luther King Jr. Memorial Library as a part of the Banned Books Week celebration.e

Banned Books Week is the national book community's annual celebration of the freedom to read. Hundreds of libraries and bookstores around the country draw attention to the problem of censorship by mounting displays of challenged books and hosting a variety of events. The 2014 celebration will be held September 21-27.

This show will be split into 2 performances.

For the first time, we are partnering with the DCPL for a special Flash Banned Preview Showcase. 3 bands will have the opportunity to perform their sets at an event held at the MLK Library in Washington DC.

For their song choices and original songwriting, bands should look to Banned Book week for inspiration. Banned Books Week was launched in 1982 in response to a sudden surge in the number of challenges to books in schools, bookstores and libraries. More than 11,300 books have been challenged since 1982 according to the American Library Association. There were 307 challenges reported to the Office of Intellectual Freedom in 2013, and many more go unreported. The 10 most challenged titles of 2013 were

Acoustic -- upright bass, guitars, banjo at the very least. We're looking at Know Your RIghts by the Clash, I Hear them All by Old Crow Medicine Show, and the Beach Boys' God Only Knows, which wasn't played on the radio because it mentioned "God" in the title.

straight-up acoustic rock/pop with some fun and some heart bleeders. there will be 80s covers, without question. and a quiz with prizes. Flashband Platinum Award Winners

Erik Smith
Sep 13, 2014 7:30 PM
Fahrenheit 451 needs a bassist and drummer. We have some material worked out. email me at erikdonsmith at gmail.com

Damien K
Sep 13, 2014 5:04 AM
Now added piano and bass tracks of my playing. The link to all twelve tracks: https://soundcloud.com/10ear/sets/performancesampler/s-vypom

Damien K
Sep 12, 2014 3:02 AM
Please check out the link in my Profile's Bio to new audio clips of a performance sampler of my guitar & vocals; will add keyboard soon.

Erik Smith
Aug 26, 2014 2:55 PM
Howdy folks! I missed the meet and greet (I did the sounds of the 60's flashband that same day) but would love to participate in this event.

Brandon Caudill
Aug 25, 2014 4:09 AM
If anyone is looking for a drummer let me know. Have flexible practice hours. I'll play to anything but love classic rock and funk.

Katharine Key
Aug 22, 2014 3:10 AM
any bands want to work with me on the arrangement for this song? https://www.youtube.com/watch?v=Ww4TLgNUY4c So bummed I'm missing the m&g. 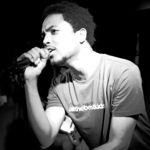